Secrets of a Long Distance Writer 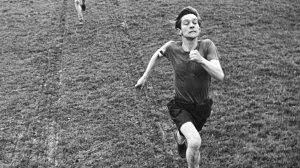 I had just finished writing the first section of the first draft of my first novel and I was eager to have my wife read it. I needed feedback to see if I had developed interesting characters and a suspenseful plot, and if I had accurately described the setting of my story. And who was better than my wife to serve as my alpha reader? After all, my book was set in Bulgaria, a country where we had lived and worked for two years. Only my wife would know if I had succeeded in capturing Bulgaria in my novel.

My previous attempts at writing a book had been overly autobiographical, my wife had stated in the past. Those unfinished stories revolved around a husband and wife experiencing things all too similar to what was happening in our own lives. In this new novel, I believed, I had managed to create a totally fictional world, with unique characters dealing with strange and unusual circumstances. My wife would be the best judge of this, I thought, as I waited for her reaction.

I printed up the first 100 pages of the manuscript – all double-spaced, neat, and numbered – and handed them over. Even though I was anxious to hear what my wife would say, I went back to writing, working on the next part of the book. Another of the main characters was to be introduced; another theme needed to come to light. As a writer, I was challenged to make the plot I envisioned in my mind come together.


My progress was interrupted when my wife gave her reactions to the first section. There was good feedback and there were suggestions for improvement. Some things needed to be explained better, she said, and in some places I was overly repetitious in my words and descriptions. There were spelling mistakes and grammar errors, she pointed out, but I assured her those would be corrected in the second draft. And the most important feedback of all was that she was eager to know what would happen next. This confirmed, in my mind, that my plot was suspenseful and captured the reader’s attention.

I continued to write, handling both edits on the first section and development of the second section in parallel. My mind was racing forward; my fingers typing on the keyboard were trying to keep pace. I was confident that I had incorporated my wife’s suggestions and answered the questions she had raised. And, I was eager to show her more.

Writing a book isn’t a task that is completed overnight. It was several weeks later when I printed out the next 100 pages and handed them over to be read. But when I gave the manuscript to my wife, I was confronted with an unexpected reaction.

“Remind me what happened in the first part,” she said.

So much time had passed since she read the opening of the book, that she had forgotten what was happening. While the story had been alive in my mind every single day, my faithful alpha reader’s journey had been paused. How could I expect her to reconnect to the plot after a few months' break?

My novel had four parts and it took me just over 14 months to complete the first draft. Each section was handed over to my wife to read and evaluate, and each time I had to reacquaint her with the story.

The writing and reviewing process, which included the assistance of a professional freelance editor, culminated with the self-publication of Valley of Thracians in January, 2013. The book has been somewhat successful, in the realm of indie writers, with over 10,000 copies downloaded.

Shortly after my first novel was published, I began writing the next one. Also set in Bulgaria, this one would be different in that it includes a strong connection to Israel as well. No other novel had been written, as far as I know, intricately connecting plotlines in Bulgaria and Israel.

Unlike my previous experiences, this time I elected to show my wife the first draft of the new book only after it was complete. I faithfully kept the secret of the plot and the characters for several months, only revealing them to her when the story was ready, in its entirety, to be read from ‘cover to cover’.

It wasn’t easy keeping a secret to myself all that time. I had created a world – living characters that confront vicious enemies and endure dangerous predicaments – and only I was party to their struggles. Yet, I couldn’t hand over anything less than a finished first draft of the book. I couldn’t leave open questions or unfinished plotlines.

This new novel has undergone major revisions and changes, thanks to the feedback I received not only from my wife, but from a number of beta readers who volunteered their time to help me improve the plot and better develop the characters.

The writer’s life is one of solitude, possibly comparable to the long distance runner. While a writer longs for feedback, and possibly even praise, most of the journey is done in silence, in private, and in secrecy. Only when a book is complete, can it be shared.

As one of my fellow writers recently tweeted, a writer struggles on his or her own for months, even years, to tell a story that is read by others in just a few days. It's not easy keeping the secrets of a long distance writer. The best way of sharing those secrets is by completing the novel that remains solely in the writer's mind, waiting to be revealed to the world.

If you're a writer, at what stage do you share your writing?

Image at top: screenshot from the 1962 film "The Loneliness of the Long Distance Runner"